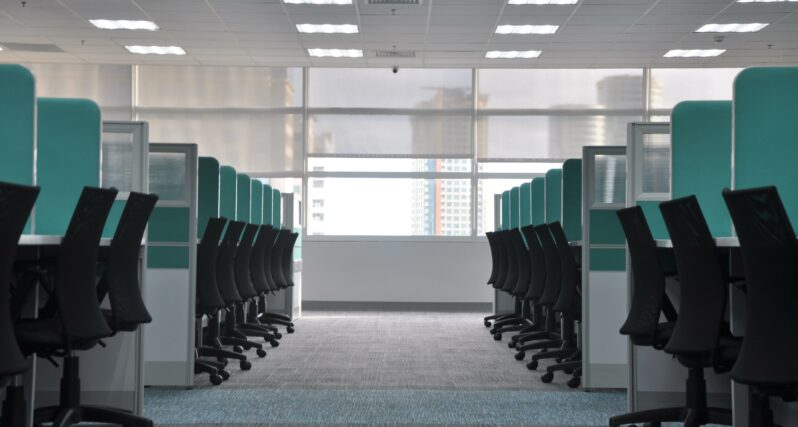 By: Lydie Neill and Jim Wyderko

Throughout modern corporate history, society has benefited when corporations are strongly encouraged to act ethically and responsibly. This accountability requires corporations to recognize the responsibility they have to their consumers and stakeholders in order to uphold their reputations and continue business as usual.

This is not a new concept, however, in the last year, employees are increasingly turning to expose perceived mismanagement by their own employers. News stories of CEOs stepping down after being exposed for creating a toxic workplace culture, employees staging walkouts to protest company decisions and other forms of internally grown employee activism are becoming a common occurrence. At their core, these routine headlines highlight how the actions of staff can significantly impact the way a company operates. While employees have issued feedback and complaints throughout history, it’s readily apparent that these callouts are growing in scale and frequency.

This brewing trend is evidence of something even bigger: a fundamental flip in the power dynamic between workers and the senior staff that manage them. But what’s driving this shift? While there are nearly infinite ways to contextualize this trend, three considerations stand out. Due to external cultural factors frustrating the American workforce, greater accessibility to the mainstream media through social media platforms and the popularity of these stories in the cultural zeitgeist, employees now have a new type of power to expose toxic workplace culture. This specific combination of factors is creating a new standard for accountability, and CEOs, managers and senior executives should be paying attention.

Drivers of a Power Flip

Through the events of the past six months, uncertainty, anxiety and a deep frustration with the system has bubbled to the surface of American dialogue. The pandemic, the recession, police brutality, racism, and the responses to these crises by the government and corporate leaders have created a feeling of dissatisfaction with how our country is “managed.”

Related to COVID, the majority of American adults – roughly 70% – consider CEOs of corporations at least somewhat responsible for helping Americans in these challenging times, but very few – around 11% – say that they’re handling it well. This sentiment reflects the attitudes of those in the corporate world.  Bold workers have even staged walkouts when they feel that their company is making the wrong decision or not meeting a standard in corporate commitments. More than 83% of Americans say that while they support CEOs making a public statement on BLM, concrete actions are more impactful than blanket commitments. Workers, along with consumers across the country, are clearly dissatisfied and thus, are increasingly demanding more from America’s leaders.

And this prevailing frustration is bleeding into the way employees evaluate their own management’s performance. Company commitments are certainly not the only topic employees are calling attention to. Of the headline stories, many employee reports include senior execs engaging in verbal attacks against employees in person or on company messaging platforms like Slack and email, harassment or unwanted sexual advances and silencing victims in order to prioritize the company reputation. These continuous occurrences paired with growing unrest have driven many employees to determine that they will only tolerate so much. Accountability for those in power is continually growing and strengthened by larger cultural attitudes of dissatisfaction, revealing heightened standards that company leadership will need to abide by. When management fails to address concerns related to toxic workplace culture, it’s become much more likely that those concerns will not stay in the four walls of the company.

Workers not only have multiple reasons to call out their bosses but now have the means and the powerful medium to do so. Clocking in 186M users in Q2 2020, Twitter is arguably unparalleled in its efficiency and effectiveness at spreading news, with no barrier to user entry. Journalists who have risen to prominence in this era are very aware of this, and many have become popular through their skilled uses of the platform.

As of 2019, over 83% of journalists reportedly use Twitter as part of their scoop, dissemination and researching processes. Most likely, employees, who are also familiar with the effectiveness of the platform, are already connected with relevant journalists on the platform. This makes the path of reaching the press easy and effective for those with the privilege to access these mediums, namely those in white-collar positions. All it takes is one direct message from one disgruntled employee to reveal a toxic workplace, abusive boss, or distasteful corporate agenda – and journalists will listen.

Stories about companies are coming from the bottom up and internal sources and exposing the conditions of workers are gaining media attention. The public loves to see a story of someone in a powerful position get justifiably knocked down for treating those below them disrespectfully. Everyone has had a bad boss or worked in a bad workplace culture at some point in their life, therefore, the stories offer a relatable narrative.

It’s easy to find dozens of distinct stories, published by major outlets, from the past six months of employees raising concerns about workplace culture, boss behavior or company direction.  These stories will continue to proliferate, knocking down Silicon Valley CEOs to (once) beloved mainstream television programs.

While the current companies affected may be geared more towards the public spotlight due to various factors, those who believe that they are immune to this kind of public accountability are underestimating the media’s appetite for these stories. The most impactful and far-reaching stories about abusive toxic workplaces always involve a boss who thinks they are untouchable.

Not Just a Trend

Taken together, these factors have created a unique set of circumstances that signal a growing power flip between corporate employees and the ones who are in charge of them. From a communications and public perception perspective, employees have a newfound potential to completely disrupt the trajectory of their company through reputation harm.

So, what can corporations do to prepare for the likely progression of the power flip?

These steps provide an initial framework for thinking about how to strategically manage the inevitable, but your efforts should not stop here. Part of being a good leader means continuing to review internal practices and ensure that your entire management team is aligned on appropriate workplace expectations.

To be clear, accountability is good. No company should be able to operate knowing that they can get away with treating their employees like garbage. And while calling out an organization on Twitter is by no means a perfect medium to encourage accountability, it’s the reality of today. No matter how big or small your organization is, your employees are the ones carrying out the company vision on a day-to-day basis. So, listen to their concerns, invest in their success and ensure you’re creating the right culture for your company. It will pay off.