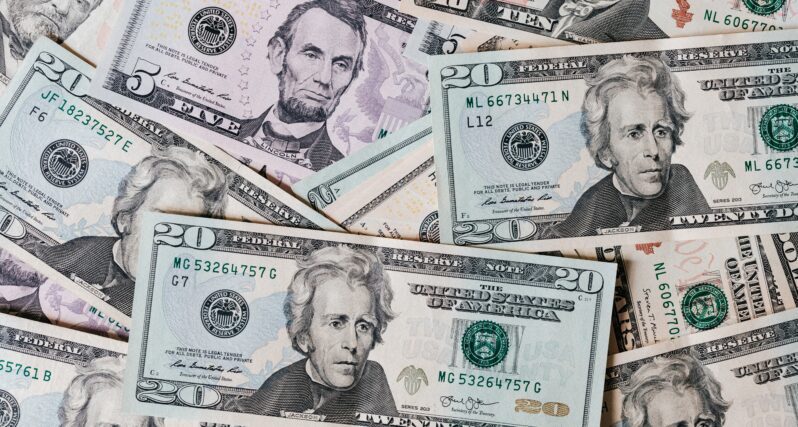 “Weaponization” has become a favorite expression of commentators, politicians, and corporate actors in the past few years. Search it on Google and you’ll find it used in conversations about trade, finance, technology, regulatory and technical standards, even ESG criteria. What was once called propaganda is now “weaponization of information.” Economic sanctions are now “weaponization of the U.S. dollar.”

What is the purpose of using the term “weaponization” in these contexts? In theory, weaponization is a more emotionally evocative term than the relatively simple and cold language of “influence” or “leveraging of resources in negotiations.” But it should be used with great care.  Because in practice, it’s become a fairly reliable indicator of underlying hypocrisy.

Too often people label something as weaponization when ordinary tools of influence are being deployed for a purpose they don’t agree with, or by a player they don’t like. When they or a player they agree with does the exact same thing or leverages influence for purposes they find agreeable it gets labelled as “smart power” or coercive diplomacy (in international politics) or hard-nosed strategy (in markets). “Weaponization” has been robbed of its impact, and its use today risks exposing attribution bias and invites future accusations of rank hypocrisy. That gets in the way of effective decision making and strong communications.

Why is this important in practice? Look at something Treasury Secretary Janet Yellen recently said in a landmark speech at the Atlantic Council:

Our objective should be to achieve free but secure trade. We cannot allow countries to use their market position in key raw materials, technologies, or products to have the power to disrupt our economy or exercise unwanted geopolitical leverage. So let’s build on and deepen economic integration and the efficiencies it brings on terms that work better for American workers. And let’s do it with the countries we know we can count on.

At the Atlantic Council, Yellen is describing U.S. decision-making from a defensive perspective, while much of the rest of the world sees the same landscape from the reverse perspective — and it looks like the U.S. is very much playing offense. This is most tangible in the reach of economic sanctions targeted at Russia by the U.S. Our economy, banks, and markets have multiple sources of capital, so losing access to deposits from Russian oligarchs or the business of Russian banks is more an inconvenience than it is a threat. While from the other side, Russians really do need access to U.S. dollars, SWIFT, and to New York money center banks to keep their economy and, ultimately, society afloat. This is called asymmetrical interdependence, and it’s always and everywhere a source of power for the side that is less dependent on the other. But is using it a “weapon,” or is it just smart power?

Another way to put this is to ask, is the U.S. government weaponizing its leverage in the form of economic sanctions? In a formal sense, yes. From our perspective in America, though, we don’t talk about it that way because we are the ones deploying the leverage of asymmetrical interdependence in the global financial system and because we’re doing so for reasons that we think are not only reasonable, but admirable.

But what if the Chinese were to cut off U.S. firms’ access to rare earth metals needed for modern electric vehicle batteries, perhaps as a means for pressing the U.S. to back off on human rights allegations around Xinjiang province? Rest assured that we’d quickly charge the Chinese with “weaponizing” rare materials and environmental standards against us to continue to commit wrongdoings.

Some may view this as just a small debate over a word, and just the normal, hypocritical political rhetoric and corporate conversations that fill op-ed pages with outrage but little impact. That view is wrong. The reality is, hypocrisy adds up over time and has a corrosive effect on long term relationships, particularly when trust is central to the equation. When a particular country or firm accuses others of weaponizing their asymmetrical interdependence advantage but does the exact same thing when it has the mirror-image advantage – and promotes it as smart power and strategy – credibility crumbles and a trust deficit forms. And when third-party observers state that the U.S. is “weaponizing” the dollar with regard to Russia sanctions, they are expressing to themselves (and to us, if we’re listening) that leveraged asymmetrical interdependence is a condition of vulnerability from which they will try to escape.

It doesn’t mean that the U.S. using its leverage is wrong, or that dollar dominance in the international financial system is in danger. Neither is the case. But it means that the incentives and advantages we have at our disposal are at risk, and other players are expressing a clearly felt need to take steps that reduce dependence on the dollar.

Over time, these incentives and felt needs to change the power structures that enable the strategic use of asymmetrical advantage add up. Particularly when the so-called “weaponizer” claims a higher ethical or moral legitimacy of their actions. This happens even more so when the action is considered a favored means of influence in markets and politics as has become the case for sanctions. Foreign policy thinkers and educated voters now tend to believe a priori that economic sanctions are a more modern, ethical, and less coercive tool of statecraft than traditional military force or even diplomacy. When corporate strategy leads, communications teams, and their advisors sometimes revel in campaigns that leverage asymmetrical interdependence against their value chain partners as well as against competitors it’s seen as particularly clever and less coercive or forceful (like economic sanctions) than more blunt alternatives.

The “weaponization” discourse gets in the way of clear thinking about how to best manage both sides of asymmetrical interdependence. Power and coercion exist in politics and markets, and there are strategies for leveraging both. The ethics of those strategies are almost never absolute, and a good strategist is keen to see how those impacts are viewed by the target of the strategy, even more so than by her own firm or country.

Because for every strategic reaction, there is a (somewhat) equal and opposite reaction, or at the very least, an attempt by the target to create that reaction. A weaker party is more likely to seek creative ways to re-balance asymmetrical interdependence, and a wise strategist should be looking out for that reaction and how it can undermine the power asymmetry that makes influence possible in the first place. In the hypothetical above, the U.S. would be capable of responding to the “weaponization” of rare earth metals by the Chinese. It would take significant cost and time, but the US could if it chose to shoulder those costs to get out from under the shadow of leveraged power in the market. Likewise, China or EU countries could be capable of reacting to the weaponization of the U.S. dollar.  North Korea or a similar country has fewer resources to do so and would have to turn to different and possibly more unconventional strategies.

These are bald strategic assessments that need to be deeply understood and considered by the party deciding to leverage advantage. The “weaponization” discourse, and the one-way moral superiority overlay that comes with it, really just gets in the way.

Want to stay updated on the latest insights from BWS?