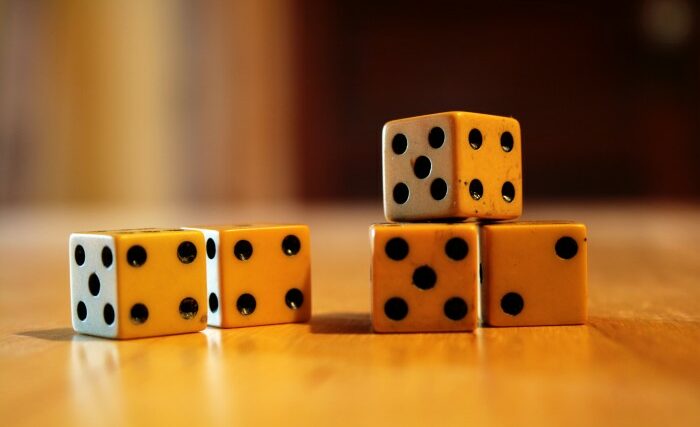 Making good decisions is hard.  Doing so day after day, in an increasingly fast-paced environment with too much information, too many stakeholders, too much constant scrutiny from inside and outside, and too much volatility is hard.

But good decision-making is at the root of good strategy, communications, and stakeholder engagement. You can’t execute on decisions you haven’t made, and no one benefits from excellent execution on a bad decision. Recovering from unforced decision errors is just getting harder as the stakeholder environment becomes more fraught.

We’re writing this with a deep sense of empathy for our own team and for our clients. No one is immune, and we see the challenges of quality decision-making in our own daily lives as individuals and team members just as much as we see it in our work with clients.

There are tons of useful advice and insights waiting to be put to use, from decision theorists, organization theorists, behavioral economists, and others. Think about the library of books on leadership or popular behavioral science, from Kahnemann to Tetlock to the classic study of Groupthink and many more. But we sense something new, different, and even more challenging in today’s decision environment which goes beyond what the current science and advice tries to grapple with.

What’s new is a profound level of decision anxiety, and the challenges associated with what we call ‘decision-making under anxiety’. We’ll explain what that means, why it’s another level of hard, and what we’re learning from our practice that can be done to manage and improve it. But first, some context.

Defining uncertainty vs. risk in decision-making

The most important distinction between decision theory and practice is the difference between risk and uncertainty. It’s simple in principle but often tricky to navigate in practice.

Decision-making under risk: when you have a decent model of the situation you are trying to impact or change, but you can’t put precise numbers on at least some important parameters in the model.

Now consider decision-making under uncertainty: when you don’t have a reliable model of the situation to start from, the situation you are trying to impact is truly unprecedented, and there’s no history or even strong theory to guide you. Or, when you do have a model of the world, but it turns out to be completely wrong (what Wall Street, confusingly, called ‘model risk’ in 2008-2009).

The uncertainty-risk distinction has real implications for decision-making

Risk can be hedged, though at a price. That’s why ‘sensitivity analysis’ is so valuable for decision-making. A classic sensitivity analysis:  The Hudson River Valley hotel asks itself: what happens to our room demand if rainfall is 20% above or below normal, and should we do anything about that? It might then offer a partial rebate offer for customers if it rains a lot, that keeps demand higher and maxes out revenue. It might swap part of its expected revenue with a sister hotel in Phoenix whose demand is impacted by hot temperatures (assuming hot temperatures in Phoenix are uncorrelated with wet months in upstate NY). It might buy rain insurance from a third party that has internalized those kinds of swaps.

Uncertainty typically can’t be hedged in the same way: no one would know how to price the hedge. To make better decisions under uncertainty, one approach is to ‘wind-tunnel’ decisions against multiple models of the situation you might be operating in, keeping in mind that you don’t know which one is ‘right’ or what may actually happen. This is exactly the situation in which Breakwater Strategy deploys ‘scenario thinking.’ Scenarios are multiple, diverse models of the world, and are not merely +/- variations on a single model. A robust decision is one that can win no matter which of these models turns out to be closest to truth and/or help you diagnose which of the scenario models is in fact closest to truth. But it’s a much more customized analysis that takes greater effort and as a result is typically reserved for high stakes decisions.

The Rising Challenge: Decision-Making Under Anxiety

In our recent look at the landscape of American political economy in 2022-2024, we highlighted anxiety as a newly important condition that shapes decision-making because of the multiple cumulating pressures converging at once in the post-pandemic economic and social-political maelstrom we’re navigating. We said in that context:

It’s long been known that capitalist economies are propelled by the sentiments of greed and fear. While that will remain true, in these scenarios we see a new dynamic in which anxiety – which is different from fear insofar as it is rooted in uncertainty about what may happen, rather than the dread of what is happening – becomes a factor impacting everything from employee productivity to financial markets. There may not be an antidote for this feeling, but organizations need to call it out and recognize its emotional and cognitive impact on decision makers and on the quality and coherence of decision processes.

We’ve observed over the last year or so that decision makers seem to experience anxiety differently than they do risk and uncertainty because anxiety is first and foremost an emotional state, more than it is a cognitive constraint. It’s about how you feel, and that occurs prior to how you process information – the primary challenge for risk and uncertainty.

This matters, we think, because most organizations are not as good at dealing with emotional (‘hot’) decision challenges as they are in dealing with cognitive (‘cold’) ones. The same is true for many individuals.

Consider some of the differences that most of us have experienced personally at one time or another:

To be clear: these observations are only that, not scientific hypotheses (at least not yet) that we’ve tested in any manner. But in naming them, we think that many decision makers and groups will nod their heads and recognize just a little bit more clearly that these tendencies exist in their own experience and often get in the way.  So, that’s a starting place, even in the absence of fully tested findings.

What can be done about it?

Anxiety starts and is held deeply in the old reptilian part of the brain, which means that we shouldn’t overestimate the ability of the modern cerebral cortex to use rational thought and command the rest of the brain to simply turn the anxiety off. That doesn’t work in corporate decision-making any more than it does for individual people. But, just as with individual experience, the simple act of noticing — when the cortex can observe that the deep state of anxiety is present, put a name to it, and acknowledge that it is in fact happening right now, rather than just being caught up in it — can make a difference.

So, in those situations, the first thing to try is to take a pause, watch, listen, and note the experience.

A second thing to try is a ‘climate time-out’.

A third thing to try: do a thought experiment that blows up the best practice fallback.

Modest Improvements Can Make a Difference

At the end of the day, organizations are susceptible to many of the same emotional biases that hinder individuals in quality decision-making. It’s not surprising that we’ve seen these challenges show up vividly in 2022, because the landscape we’re all operating on has given us plenty of reasons to be anxious. We’ve tried here to offer a few observations about what that means and what impacts it can have on decision-making, along with some modest experiments that we think can tilt the table back in favor of better decisions.

There’s no silver bullet here, but there’s also never been a silver bullet for the cognitive biases that are the subject of so much decision hygiene research and advice — just human-scale interventions that try to make us function a little bit better that we otherwise would. When it comes to improving decision processes, crawl before you walk before you run is a reasonable objective. As with any skill, practice will lead to gradual but meaningful improvement.