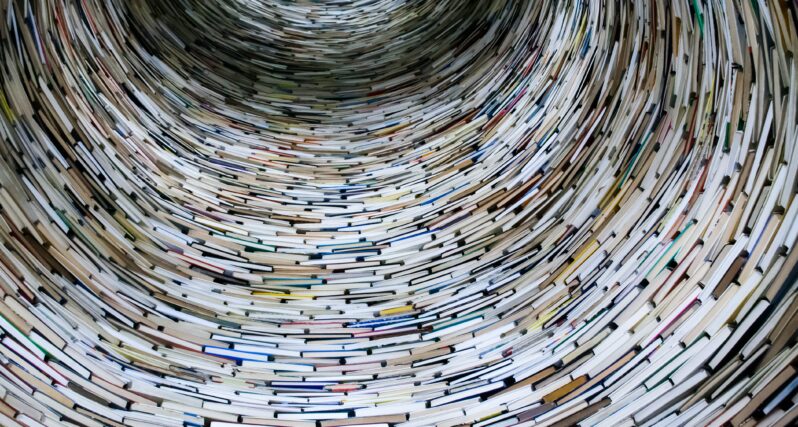 Stay-at-home orders and quarantines provided us all a lot of time to fill in 2020. Between hours of Zoom calls, client projects and binge-watching TV, the Breakwater team found time to explore a broad array of excellent books this year.

The Decadent Society: How We Became the Victims of Our Own Success by Ross Douthat

Douthat is the kind of conservative liberals can love. He has been deeply critical of President Trump and the current version of the GOP, while being generally respectful in his critique of progressive ideas he opposes. But his true value lies in his willingness to question whether everything we think we understand about this current moment of history is just flat wrong. In The Decadent Society, Douthat persuasively (and concisely) argues that the defining dynamic of our era is not hyper-fast change, disruption and upheaval, but rather its opposite – stagnation, sclerosis, self-satisfaction. In a word: decadence. It’s a jarring thought. With the benefit of charming, accessible prose and thorough research, Douthat paints a picture of a culture, economy and politics that creates the illusion of change while actually standing quite still; where wealth, power and technology aren’t being vigorously contested over, but instead are being used to make us all comfortably numb. There is a lot to argue about here, but it’s hard to read this book and not come away with a slightly different perspective and a fresh way to interpret this bewildering world we live in.

As I look back over the 10 books I read between January and July (#thankscovid) before my daughter Lilly arrived in the world and all spare time activities came a screeching halt, Untamed was a true standout – probably because I read it cover to cover twice! Glennon writes about ALL of it – her broken marriage and divorce, falling in love with a woman, motherhood, addiction, social justice and being a “goddamn cheetah” – and does so with breathtaking honesty and passion. The chapters don’t follow any sort of chronology or progression which not only adds to its brilliance, but also makes it easy to just open to any chapter and read a snippet of Glennon’s wisdom and real talk. Not to mention, the cover is gorgeous and looks amazing on your night stand.

This Land: America, Lost and Found by Dan Barry

Dan Barry is one of my favorite writers. I first met him when I was working on Capitol Hill and he did a piece about the member of Congress I worked for at the time – though I learned he rarely wrote about politicians. Barry wrote the This Land column for the New York Times for about a decade. His beautifully written pieces tell the stories of small towns, regular people, tough times, and unique circumstances that happen across America, in the corners that aren’t often seen on cable news or by those in the highest offices or corporate towers. This book is a collection of Barry’s columns. I was beyond excited when the book came out. Whenever I need inspiration in my own writing, I read Barry’s pieces. They are moving and vivid, emotional and honest. Even as our country is so divided, these pieces tell stories about how we don’t have to be. They tell stories of the real America.

This year was filled with many books and possibly some of my all-time favorites. I decided to spotlight an author Yaa Gyasi of two incredible books that challenged me intellectually and emotionally. Gyasi, an American-Ghanian novelist, wrote her debut novel Homegoing at age 26, tracing the ancestry of two Ghanian sisters through linear timelines. One sister was enslaved and sent to America, the other grew up in Ghana. Gyasi beautifully illustrates the challenges the following generations face – geographically different, yet extremely complex. The consecutive narratives takes readers through history, highlighting the hellish realities of racism, prejudice, discrimination, followed by a glimmer of hope from an often silenced or missing voice. Gyasi’s book The Transcendent Kingdom, while different, almost picks up where Homegoing left off: modern day America, an American-Ghanian woman studying neuroscience at Stanford after growing up in a rural southern community with her family of immigrants from Ghana. Gyasi gives a strong voice to the character navigating devastating mental health obstacles, drug addiction, racial discrimination and gender bias. Although her works are based on fiction, it’s clear that Gyasi references her own experiences in her writing – Alabama, Stanford, Ghana. The way she gracefully wrote these novels on such difficult, deep-rooted topics, while incorporating humor, humility and quirky personalities, will continue to have me raving about her work.

One Billion Americans: The Case for Thinking Bigger by Matthew Yglesias

In a year dominated by the often-unnerving swirl of breakings news, I thought One Billion Americans by Matthew Yglesias provided a valuable opportunity to consider several macro-level trends in our country and how we might design policy solutions to address those trends. Yglesias discusses the potential ramifications of policy on hot button topics that are often in headlines, like immigration and climate change, while also covering choices that exist on less visible policy areas, like housing and transportation. I thought the book was a compelling call for thinking about an overall strategic vision for the country, and a reminder about the power of uniting people around a shared objective.

Angie Cruz’s Let It Rain Coffee masterfully explores the complexity of the Dominican migration experience through the genealogy of the Colon family. Cruz tells this family’s story through three time periods (the early 1920s, the 1960s, and the 1990s) to highlight the identity transformations that occur because of historical influences. Cruz uses flashbacks to acknowledge how history—specifically the history of the US’ colonial impact on the DR—impacts future generations. Most migration narratives have male characters as the movers of migration, but Cruz uses a female protagonist, Esperanza, to challenge and disrupt the traditional migration narrative. This is significant because Cruz demonstrates that women are capable and strong enough to initiate the migration experience and challenge machismo culture. Cruz exposes that migration experiences have the capacity to mess with cultural habits and also makes it complicated to keep up with the old modes of behavior like machismo. As a Dominican American, I appreciated reading a character like Esperanza because my mother was one of the first in her family to migrate to the US.

The Perfect Weapon: War, Sabotage, and Fear in the Cyber Age by David E. Sanger

Whenever I get inspired to learn about something new, I go to my nearest library and check out a book on whatever topic sparked my interest. Usually, I get about half way through it before saying to myself, “okay – I think I know about as much as I care to know,” close the book and let it sit on my nightstand until I eventually walk it back to the library. That was not the case with this one. David E. Sanger, a three-time Pulitzer Prize winner and 36-year veteran New York Times journalist tells the captivating reality of how nations around the world use cyber warfare to undercut each other’s power. Filled with fascinating stories of clandestine operations that have come to pass in recent years between the US, Russia, China, Iran and many others, this book opened my eyes to the “new” frontier of war and the diplomatic balance countries must strike between espionage and attack to make their use of “the perfect weapon” worth it.

The Economics of Belonging by Martin Sandbu

My best book of 2020 is The Economics of Belonging by Martin Sandbu.  Sanbu is an economics columnist for The Financial Times and he writes, among other things, the excellent ‘Free Lunch’ column there. This book pulls together many of the arguments that Sandbu has made over the last several years, in which he puts the blame for populist politics squarely in the realm of economics rather than culture, religion, traditionalist values, and the like. At the core of his story lie policy failures, driven by the failure of mainstream economics to really understand the geographically concentrated dispossession and dislocation that tore apart ‘traditional’ American cities and towns anchored in mid to late 20th century industrial production. As is well understood now, this was mostly about technology and productivity gains in manufacturing, and only secondarily trade with China. Policy elites particularly on the coasts just weren’t paying close enough attention to what was happening, and deeply underestimated the alienation and hopelessness of labor that was left behind. Populism (a seemingly irreconcilable conflict between elites and everyone else) was a nearly inevitable result. Sandbu’s prescriptions about what to do next won’t convince everyone, in part because what may have started as an economic phenomenon is now deeply embedded in culture and politics. But his explanation for how we got here has to be taken seriously.

The Nickel Boys by Colson Whitehead

The Nickel Boys is about racism, abuse, scandal and fraud at a juvenile reform school in 1960s Florida that is covered up and largely ignored by authorities until being uncovered in the 2010s. Based on the real-life unveiling of rampant abuse at the Arthur G. Dozier School for Boys, Whitehead’s book explores so many topics relevant to today – particularly our country’s history of racism, discrimination and willingness to whitewash a past that might be painful to confront. By presenting some of the most chillingly details in a purposely matter-of-fact fashion, Whitehead can sometimes make you cringe and wish you could just look away – bringing to the fore the exact root of one of our nation’s major challenges, and one he wants so badly for us to face (and fix) head on. Much like his other Pulitzer Prize winning novel (The Underground Railroad – which I highly recommend!), Whitehead creates incredibly compelling characters who you just need to root for, making it easy to cruise through this book in a weekend.

The Three-Body Problem by Cixin Liu (Translated by Ken Liu)

When a friend first recommended The Three-Body Problem to me, I wasn’t sure what to expect. They promised an addicting romp through an elegant but puzzling dystopia that I wouldn’t be able to put down. Their attempts to explain some basic elements of the plot, which include secret societies, virtual reality, astrophysics, and aliens left me in a dizzying confusion. But after finally giving it a shot, I can safely say that they were completely right. The world that Cixin Liu has created is a great example of how good sci-fi can seamlessly sweep you through moments of epic suspense while twisting your brain with philosophical speculation. Just be sure to have a search engine ready to look up the multitude of mathematical concepts and scientific terms that pop up throughout.