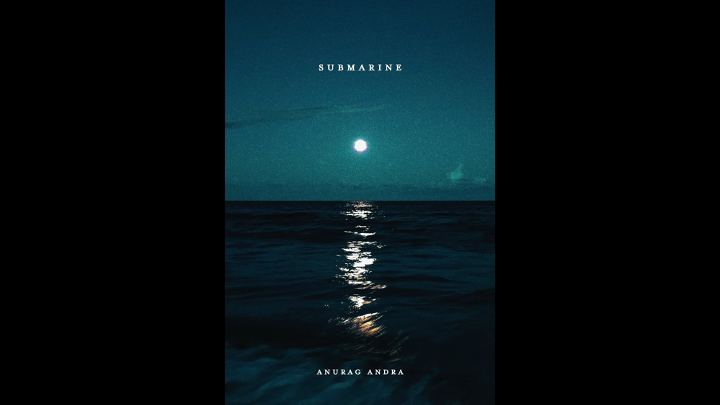 Each year, the Breakwater staff collectively reflects on books that really challenged us and made us think. In 2022, our very own Anurag Andra, Associate Director, published his debut novella, Submarine, a coming-of-age story following the journey of Subramaniam (or Sub, as he comes to be known), a second-generation immigrant of Indian descent who grapples with tough questions about love, identity, and family, among others, as he develops from a boy into a man.

Here’s what Anurag himself had to say about writing Submarine:

This story began as a few drops of water in the first few months of 2020. As the world shut down, the drops started to trickle into one another, and for a while, I closed my eyes and everything went dark. There’s a point in the middle of the novella where the main character sinks into his dreams, a series of them taking place in a basement he can’t seem to find his way out of. I won’t say whether he ever does–you’d have to read the book to find out–but eventually, I did, and when I opened my eyes, there was an ocean. The journey of writing this is one I can’t honestly say I remember a whole lot of, but what I do remember is every word of support and encouragement I received when it was chosen for publication and eventually released out into the world. Can’t thank my amazing coworkers at Breakwater Strategy enough for wanting to put this Pilot piece together. As it says in the acknowledgements of Submarine, it takes a village, and I certainly found myself a good one.

A few staff members gave their reflections after reading Submarine:

Anurag’s writing style was so vivid yet so simple at the same time; each short vignette of the main character Subramaniam’s childhood was so powerful and compelling, and yet I almost found more meaning in the gaps between each of the vignettes. As a child of immigrants myself, the stories felt so relatable that I could almost fill in the blanks myself with my own experiences. The vast majority of the book was written in the voice of Anurag The Author, but every now and then I was delighted to hear the voice of Anurag The Dude, who I’ve come to enjoy talking to and working with so much.

I was especially struck by how much — and how quickly — I came to care about the characters in Submarine, particularly Sub. It is a rare novel that can make you feel something for a character early on in the plot and Submarine hooked me from the very first page. I also found Anurag’s minimalist writing style to be so stunning, almost poetic, at times that I didn’t want to miss a word.

Anurag presents a brilliant depiction of the story of Sub – a second-generation immigrant of Indian descent struggling with his identity in a world that isn’t quick to accept him. I’m honored to know and work with the incredible author and can’t recommend the required reading of Sub’s story enough. Anurag keeps you engaged through the short storytelling nature as we follow Sub throughout his journey of growth, trauma and dreams. He’s kind, thoughtful and sometimes angry. The vulnerability of this character and the openness toward facing mental health challenges is in itself a stride toward a more respectful and inclusive society.

Anurag has a way of storytelling that truly wraps you in. He guides you from one wonderfully sweet anecdote to a humorous quip in a matter of a few lines. A thoroughly enjoyable, heartfelt debut!

To me, the most striking thing about Submarine is Anurag’s beautiful writing. You can tell that he crafted each sentence with such care, and that intentionality makes the book so powerful and relatable. Submarine captures the phenomenon of growing up and the feelings that come with that process in a fresh way. On the surface, I don’t have much in common with the main character, but so much of his journey resonated with me as a reader and I think that’s that mark of a great book. Submarine made me cry, made me laugh, surprised me and comforted me. It’s a must read!

Submarine is now available for purchase on Split/Lip Press.