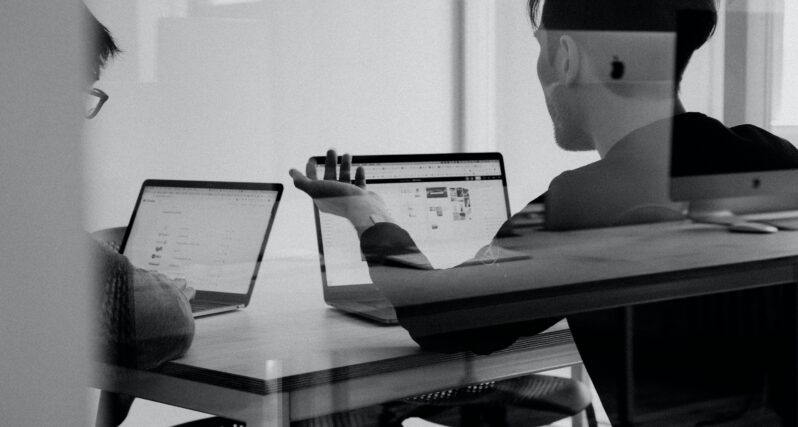 Breakwater Strategy is developing a structured formal model for stakeholder analytics, which we call SAM (Stakeholder Analytics Model). SAM is designed to help bring together expert insights around complex policy issues and systematize the process of generating ‘predictive foresight’. The goal is to inform strategic conversation and add rigor to decisions aimed at “moving the needle” on how issue debates evolve, interact, and eventually resolve. Over our next two Pilot posts, we’ll unpack what this means and how our model can help.

In Part 1 we will explain the problem we’re trying to solve and why a structured formal model is needed now more than ever and set expectations for what the model can do and its broad applications. Part 2 will explain the nuts and bolts of how the model actually works in practice, how people and organizations can use it in their strategic processes and tactical decision making, and how to understand and manage its limitations.

The Problem: Why We Need SAM

There’s a snarky saying among economists, that the one thing economists should never try to predict is the future. The same snark could apply just as well to political analysts, policy advisors, communications teams, and, of course, C-suites and boards of directors. In today’s increasingly complex political-economic-social environment, almost any policy or regulatory issue of significance is subject to enormous uncertainty that stems from many essentially unknowable variables and how they interact.

Consider for example the on-going debate around Section 230 reform, one of the most consequential regulatory pillars impacting the business models of some of the largest internet platforms. Just about every politician and interest group in Washington DC is dissatisfied with 230 in some respect, and there are almost as many proposals for reform as there are points of view. The debate is buffeted around on a regular basis by media reports, elections, crisis events, political forces including some outside of DC and beyond US borders, by markets and quarterly earnings, by public opinion about technology firms, and the list goes on. Close followers of the issue must track multiple congressional hearings, a slew of academic papers, a firehose of commentary on Twitter, and this list also goes on.

Clearly, today’s policy and regulatory environment is shaped by an incredibly broad swathe of stakeholders with multiple channels to debate 24/7. This environment can challenge even the most skilled strategists. If someone tells you they can cut through all that uncertainty and advise you in precise terms what you should do about Section 230, our advice is to take a big step back and keep two hands on your wallet.

That’s not what we’re trying to do with SAM. Instead, we’re working to bring systematic rigor and a repeatable process of sense-making to all the noise. To see how that can be done in a practical way, let’s take a step back 30 years or more, to a time when the world was (or at least seemed to be) quite a lot simpler.

Evolution of Predictive Strategy: How Has the Problem Changed?

Imagine a debate like Section 230 reform happening in the smoke-filled room that Lyndon Johnson or Tip O’Neill would have owned in the late 60s or late 70s. It may not have been a better process or a more democratic one, but it was at least in principle a more manageable landscape from the perspective of a non-market strategist. Someone with good insider knowledge of a reasonable number of key decision makers and influencers, and the right experience and skills, could place a reasonable bet on where the outcome would eventually land. That strategist might not even have to know all that much about the substance of the issue — it might be enough to “know” that on issues too complicated for anyone outside the industry to really understand, “Tip always gets his way as long as Ted Kennedy is with him” (or some comparable rule of thumb). Assuming that bet turns out right a good proportion of the time, it can be used as an effective strategic guide for a firm whose products and markets would be shaped by the outcome.

It’s now almost impossible to imagine the “smoke-filled room algorithm” generating useful strategic insight. No single expert can possibly see and track the full landscape, and intuitive models of how stakeholders interact are often backward looking, unsophisticated, and fail to account for the new media environment. At the same time, the appetite — and need — for “soft” prediction ability hasn’t diminished at all and may have increased thanks to a shift toward a more active government following the 2020 election.

Such ability is now a necessity for developing corporate strategy. The Overton Window (the range of policy outcomes that fall within politics as the art of the possible) is almost certainly wider now than it has been for decades, which means the range of uncertainty is broader. And the tools and methods people and organizations use to try to impact their desired outcome are more numerous and varied than ever.

Now, back to present day and beyond Section 230, where the technology sector has been struggling for years to understand and shape Washington DC’s privacy legislation agenda. Each February brings a slew of predictions that federal privacy legislation will finally be passed. By July that prediction gets reversed, only to be reborn the following February. Should technology companies invest serious resources to shape federal privacy legislation that may never actually happen?  Should they redirect their energy toward state capitals, where a patchwork of laws is actually being passed?  Should they double-down on lobbying efforts in Europe, where privacy is an active issue on a larger scale with GDPR coming into effect in 2018, and some of the boldest privacy legislation efforts are likely to begin?

There’s no systematic way to answer these questions right now, leaving C-suites and boardrooms challenged to identify a baseline against which to measure success and weigh advice from internal and external subject matter experts (SMEs). How do you know what to do to move the needle – or if such efforts are even capable of moving the needle at all – if you don’t know where the needle would land if you did nothing at all?

Identifying the baseline from which to build strategy is exactly what our SAM generates.

A Solution: What is SAM?

Breakwater has developed a simple but powerful stakeholder analysis model that generates an “equilibrium” forecast on where a policy outcome will fall, absent significant interventions. Put differently, SAM can tell you what game is being played right now and where the needle is pointing. Armed with this knowledge, a strategist should ask:

SAM isn’t magic. It doesn’t rely on identifying the single genius who is smarter than everyone else. It’s not a prediction market or tournament that pits “super-forecasters against one another for fame or fortune (as Phil Tetlock’s work has tried to do). It’s also not just an interesting but unusable science experiment.

SAM is a rigorous, replicable, and easy to use model whose inner workings are entirely transparent for examination and query. We built the model using public domain theory that relies on well-developed concepts in academic political science and “open source” explanations of previous efforts from the published work of Bruce Bueno de Mesquita and others. It extracts the relevant knowledge of SMEs in a structured way through a web-based survey interface that runs on commodity software; it produces easy to understand results; it can be re-run easily and frequently to assess changes in the environment or the efficacy of strategic interventions. Put simply, it can be used by many different types of organizations and people in many ways with relatively little customization at the front end.

We think SAM is a major step forward for strategic planning and decision making. This simple, powerful model has the potential to modernize and amplify non-market strategy development and implementation, making it much more efficient, targeted, “consensual” and well-understood in terms of rational resource allocation in the organization.

In our next piece, we’ll explain how the model takes inputs from a moderate number of SMEs, systematizes those inputs around 3 variables, and aggregates those variables through a simple algorithm to derive a stakeholder map with an equilibrium outcome. We’ll also offer our transparent assessment of its efficacy and what you can (and can’t), as well as should (and shouldn’t) do with it.

Want to stay updated on the latest insights from BWS?