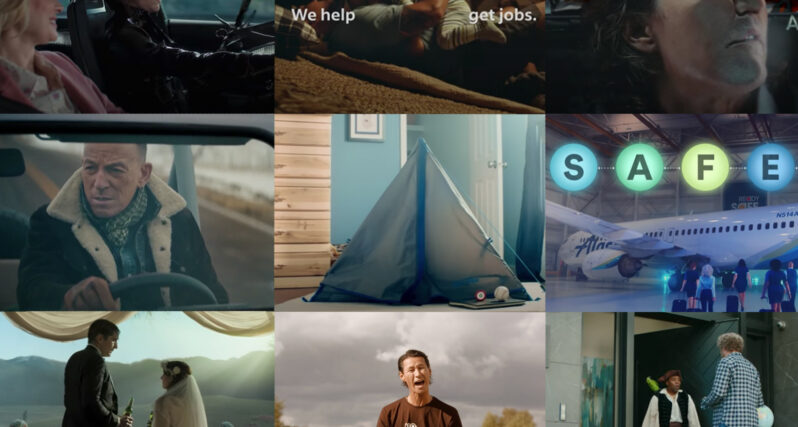 There’s no denying the hype – whether for the themed food, half time show, QB standoff, your team in the game or the thrill of what ads will grace our screens this year. We’ve talked about corporate activism, what consumers expect from those with millions at their disposal. Attention is inevitably heightened following a year of demands for change in the wake of various overlapping crises: public health, economic downturn, social justice reform, democratic processes and more.

There is undoubtedly a degree of risk inserting one’s brand into the public debate – particularly ones so emotional in a time of intense division within our country. Some iconic brands like Budweiser pulled their ad and instead directed the funds to vaccine awareness efforts – although the brand still made an appearance. Others, like FedEx, used their spot to show how they are progressing the country forward in a time of so much loss. Jeep, with Bruce Springsteen, emphasized the power of “the middle” and common ground, while the NFL highlighted their contributions to social justice through their Inspire Change initiative, not without its backlash. Speaking of backlash… Robinhood took the chance of emphasizing the democratization of the markets when many argue the timing was off – steeply contrasting with Reddit’s 5 second ode to its users.

However, many corporations took a more familiar approach and stole the show with star power – we saw Drake from State Farm, Amy Schumer as Fairy Godmayo, Michael B Jordan in a bathtub, Timothee Scissorhands,  Martha Stewart and John Travolta in the backyard, four Maya Rudolphs making digital payments on horseback, the list goes on. We even spotted Dude With Sign sporting a less traditional ad approach.

Of course, there are always the cringey, yet still attention-grabbing spots… Oatly causing some buzz with its CEO serenading the camera, Dr. Squatch turning heads with its soap for men, and on. Here are some of the favorite ads from the BWS team: