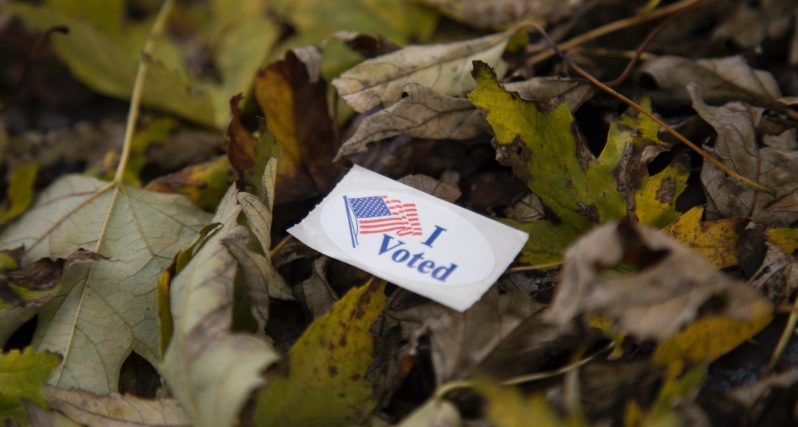 In a historic win, Democrats took control of the Senate through two unexpected elections in Georgia. To our collective surprise on the morning of January 6th, both John Osoff and Rev. Raphael Warnock were on track to win Senate seats. But why were these Democrats able to flip seats in traditionally red Georgia? After all, Georgia runoffs historically favored Republicans.

Was it due to excessive skepticism of voting systems and the validity of the presidential election results spurred on by Trump and Republicans in Congress? Was it a result of record-breaking money spent on the race, the most of any Senate contest ever? Was it anger at Republicans for blocking a second COVID-19 stimulus bill? Or was it due to the more than 400,000 lives lost in the past year to COVID-19 and the continued impacts of the pandemic on the economy and our daily lives?

It’s true that many factors impacted the runoff, but there is one factor that pushed this race over the edge compared to other Senate races—the power of grassroot organization.

Dedicated and determined grassroots organizations have grown in strength and power over the past several cycles. They are producing higher voter turnout and are proving to be essential tools for political and advocacy campaigns. Nowhere was the impact of organizers clearer this past election season than in Georgia.

While many can try to claim a slice of the credit, ultimately, we can thank Stacey Abrams and other devoted organizers for the Democrats’ historic win.

After losing the Georgia gubernatorial race in 2018, a consequence of voter disenfranchisement in Black communities, she created Fair Fight—an organization that promotes fair elections and supports voter protection. Fair Fight along with other organizations such as New Georgia Project, Asian American Advocacy Fund, Georgia Association of Latino Elected Officials (GALEO), ProGeorgia, Georgia STAND-UP, and others laid the groundwork for participation, reaching out and mobilizing marginalized communities who have suffered from disenfranchisement. These organizations should be recognized for their efforts helping Joe Biden narrowly win by 12,000 votes and electing Georgia’s first Black Senator.

Organizing isn’t a new tactic. But it has been revamped and reenergized by people like Abrams. These organizers are building top-notch ground operations, understanding the states and communities they are working in, and rallying voters – especially many who are less likely to vote. Additionally, organizers are using digital media and platforms to effectively reach the communities they’re serving and connect with organizers across the nation. This has helped garner more attention to mobilization efforts within these grassroot efforts leaving government officials, more specifically Democrats, asking themselves—How are we going to replicate this? How do we keep this influential power going?

Georgia wasn’t the only state to organize this election season. Many were surprised that Biden won Arizona—the first Democratic win in the state since Bill Clinton in 1996. Like Georgia, Arizona has a strong grassroots network with Latinx, immigrant, labor, and LGBTQ organizers mobilizing traditionally disenfranchised voters and helping to activate networks at the polls. The flip in Arizona did not happen overnight either. Local organizers are responsible for decades of hard work and changes which led to this moment. Before Biden’s win, these organizers were responsible for boosting voter turnout to successfully defeat Sheriff Joe Arpaio – a nationally known immigration hardliner and Trump ally – in 2016.

It can be disillusioning to observe the millions of dollars dedicated to negative campaign ads, but the power and impact of grassroot organizations is refreshing and powerful, representing democracy in its purest form with everyday citizens coming together, walking hand in hand and using the power of their voices for a common goal. During the Georgia runoffs, ad spends between both parties surpassed $450 million. Despite the dollars spent on negative advertising, it was the determined grassroots organizers and years of groundwork that had the biggest impact on getting voters, specifically marginalized voters, to the polls.

The numbers support this. More than 4.4 million ballots were cast in Georgia’s Senate runoff elections—that is over 260,000 more votes than the number cast in the 2016 presidential election. According to data from TargetSmart, a Democratic political data firm, nearly 50,000 Black Georgians voted early. More than 123,000 of the early voters did not cast a ballot in the 2020 election, a majority of them were non-white, and more than 40% of were under the age of 40. Predominantly Black counties across rural Georgia experienced turnout that nearly matched the general election numbers and “margins that exceeded” what President Joe Biden received in November.

Grassroots organizations are not only mobilizing voters and creating change at the polls, they are also using their voices and resources to fight social injustices, including issues like racial inequality and climate change. For years, and especially in the summer of 2020, local organizations drove the Black Lives Matter movement, significantly increasing participation in demonstrations and further raising awareness and conversation on a national scale. The efforts of all these organizations have made everyone from citizens to corporations rethink and acknowledge systemic racism in so many facets of American life.

Sometimes it can feel like an everyday person can’t have an impact on the direction of our country and our elected officials. But if we are to take a lesson from the results of the Georgia runoffs and other elections, it is that the exact opposite is actually true. Individual voices of everyday people can and does make a difference. We should not discount the power that stems from communities coming together for a common goal. Do not discount people knocking on doors, canvassing, volunteering for phone banks, posting flyers, or handing out information. The November 2020 general election and the Georgia runoff in 2021 demonstrated that the voices of voters (and in the case of businesses, of consumers) can be truly powerful – when they are harnessed.

This power will serve as a reminder for future generations that organizing has rippling effects. This runoff impacted a Senate that will navigate issues like the pandemic, racial inequality, and climate change. Already, Osoff and Warnock cast votes in the impeachment trial and will soon vote for another COVID relief bill. If we were to learn anything the from the mobilization efforts in Georgia, it is to keep any eye on how organizers across the country can shape future elections.

Grassroots organizing can make a difference and change policy—but they don’t always win. The defeats help these organizations grow, become more organized, and more impactful when challenging the status quo. At the end of the day, it is not always about winning—it’s about gaining ground and getting over the hump.