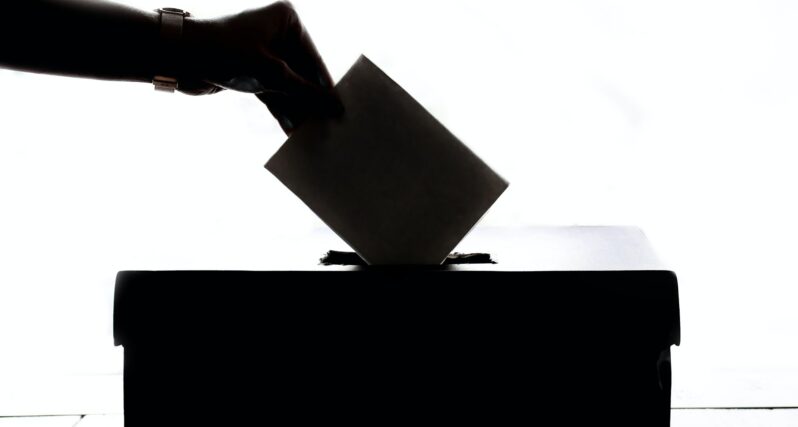 With Election Day almost here, Americans across the country are anxious about the outcome and how it will influence our collective futures. Considering the impact leadership in Washington has on the regulatory and policy landscape, it is critical that businesses are prepared for any result. This cycle in particular, that preparation should go beyond regulatory and policy considerations and extend to how the election may impact stakeholder engagement and corporate reputation strategies.

The fact is, the outcome may have a major effect on how corporations choose to pursue reputation management and activism. With numerous polls suggesting the real possibility of a blue wave election or at least leadership change in the White House, the bar for engaging in corporate activism and reputation management may soon be raised. In such a scenario, the best positioned companies will be those prepared to step up to the plate in an assertive fashion when faced with a more demanding reputational landscape.

For years, we have seen pressure building on companies from an emergent group of employees, consumers, investors, and media, to be more politically and socially impactful. Higher levels of activism online, which can quickly amplify and shift from a moment to a movement, has only raised the stakes.

During the Trump presidency, and especially throughout a tumultuous spring and summer shaped by a global pandemic and rising social unrest, opportunities for outspoken corporate activism have been numerous and relatively straightforward. A perceived leadership vacuum in Washington encouraged major brands like Nike, Amazon, the NBAand WNBA, and more to fill the void by issuing statements or dedicating airtime to calling out injustices and promoting change. As workers have pushed companies to speak out and become more engaged, this year, a growing number of businesses are also encouraging employees to become politically active and positioning their businesses as leaders in the burgeoning “stakeholder capitalism” space.

Trump’s historic unpopularity and unusual rhetorical approach have created many opportunities for this activism. But what happens if that bombastic character is no longer in office next January? Without Trump, activism won’t be as simple as symbolic gestures or statements in response to an unusual approach to presidential leadership.

If Biden wins, we can expect a more traditional leadership structure in the White House, one likely to raise its voice on social issues and push increasingly progressive policies from the Oval Office. At the same time, swaths of consumers, employees, and investors will continue to demand that brands show their values and take a side on debates of the day.

So, what exactly would a Biden administration mean for brand activism?

First, brands will need to decide if it’s important to them and their stakeholders to stand out. Is it worthwhile for the business, and important to its consumers, that it be part of the conversation and help lead through advocacy? Or should the business stay out of the fray if a Biden administration ushers in a more stable social environment? For some, it may be easier to stay quiet, but others may not have a choice. For many, corporate activism is becoming a core element of their brand image and culture because employees, customers, and the public demand it. The challenge for these brands will be leveling-up the impact of CSR and activism campaigns to meet the rising demands.

Companies that wish to stand out should account for increasing stakeholder expectations and consider several key questions in reputation management planning, including:

It will also mean backing up the talk. In the Trump era, brands like Goya and SoulCycle were derided by consumers disappointed with the companies’ support for the administration, and, in SoulCycle’s case, perceived discrepancies between projected corporate values and what its backing of the administration actually suggested. Going forward, the public will be on the lookout for where brands choose to peddle their political influence and will make noise when brands talk a good game but fail to follow through with action.

The same goes for companies that claim to champion specific causes. Over the summer it was a no brainer for most brands to get onboard with statements that “Black Lives Matter.” But the work consumers will expect going forward are concrete actions: internal policy changes to diversify hires, corporate boards, and executive leadership; contributions and programmatic partnerships with groups taking real action to support underserved communities; and commitments to advocate for real policies, initiatives and leaders at the head of these political debates.

Take the decision made by a number of NBA teams in late August to boycott playoff games following the police shooting of Jacob Blake. The NBA and its players has been at the forefront of the racial justice debate, but it was the concrete action taken by players that produced outsized attention for the cause and calls for solidarity. Each of the major sports leagues stood with the NBA, canceling practices and games, and in some cases, individual players elected to sit out to protest ongoing injustices. Most importantly, out of that activism, the NBA and the NBA Players Association announced several actionable initiatives the league will spearhead to promote real policy change – including programs promoting voting rights access, combating racial inequality, and advocating for police reform. It’s this kind of follow-through consumers are coming to expect, and that proactive corporations should undertake, to stand out as leaders moving forward.

If Trump is no longer the benchmark come January, the bar for corporate activism will be raised, and companies will need to decide what role they want to play in these social debates.

Brands that don’t want to be viewed as reactionary will be expected to step out of the middle and show exactly where they stand, and, more importantly, take action to impact issues important to them. Leaders will need to balance the public’s values, with the values of the company and its consumers to identify commitments they are willing make towards real change.

Consumers, employees and investors will expect more from corporations, and now is the time for businesses to assess what they stand for and how they can engage to support their business, employees, consumers, and the greater public good.