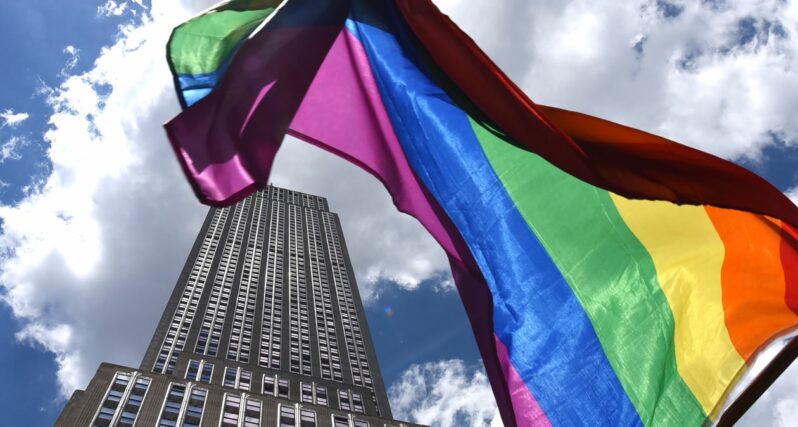 In the months since the January 6th Capitol insurrection, attention to corporate PAC spending has amplified. Consumers are now taking note not just of the cost and efficiency of a brand’s product, but increasingly of how that brand responds to moments of heightened political tension and, in particular, which politicians it helps finance. Businesses have taken enormous strides to support social causes and fight against disenfranchisement, but if you look close enough, most are facing some growing pains as they figure out how to navigate this new landscape.

As Pride Month closes out, we’ve been closely observing a new trend of “rainbow washing,” – criticism of brands emphasizing their commitment to the LGBTQ+ community through statements and logos, but not through what consumers judge as ‘real’ action. Activists on Instagram and TikTok have criticized brands for using Pride Month for publicity, and progressives, like  Rep. Ayanna Pressley and Rep. Pramila Jayapal, have been calling out brands for virtue-signaling online while making financial contributions to politicians who have opposed pro-rights legislation like The Equality Act. Consumers and activists are watching which brands are acting in tangible ways to advance the social values they say they support and which are just paying lip service to the issues. This is a complex problem with no concrete solution – but it is not going away anytime soon. Brands must prepare to take a more holistic look at their political spending – finding a balance between supporting business priorities and social justice values.

In a polarized society, where people are spending their money is more than just a charge on a credit card statement – it’s a reflection of who they are and what matters to them. Over 75% of consumers report that they are more likely to shop at a business that supports their values, making a company’s commitment to those values all the more important. To an average consumer, watching a brand they have a history of supporting fund politicians that oppose LGBTQ+ rights may make them doubt their loyalty to the company.

Balancing a business’s social values with the values of its stakeholders (employees, shareholders, etc.) is no small feat. Many large corporations struggle to consistently satisfy both needs. That challenge can be particularly difficult this month as many companies want to show support for Pride Month and LGBTQ+ rights. In recent weeks we’ve seen statements of support for the gay and transgender community from major brands, including AT&T, American Airlines and Amazon. This is a big step and not one that should be overlooked – just 30 years ago corporations prioritizing gay and transgender rights would be unheard of, if not utterly taboo.

These conversations and symbolic representations from businesses indicate significant progress. However, companies should be cautious when making supportive statements on their website if at the same time their political donations fund members who oppose legislation protecting the gay community. While corporations have generally become more socially conscious, political spending has the potential to create friction if social values don’t align with policy priorities. One of the toughest reputational challenges, which we have seen play out during Pride Month, comes when a business funds a political figure favorable to certain corporate values, but opposed to some of the social values touted by the business, as in the case of a Congress member that supports a pro-business regulatory policy but also votes against bills for LGBTQ+ rights and equity.

For example, despite outward support for equality in the 2019-2020 election cycle, AT&T’s corporate PAC spent thousands supporting dark money groups and candidates like David Purdue, Beth Van Duyne, Chip Roy, and more who actively opposed legislation to expand and advance rights for the LGBTQ+ community, including The Equality Act and The Employment Non-Discrimination Act. By no means is AT&T alone in this balancing act of values. Major brands such as Walmart and American Airlines, while making strides to uplift the gay and transgender community, still donate hundreds of thousands of dollars to politicians such as Texas Governor Greg Abbott and Rep. Devin Nunes, both of whom have actively denied basic civil rights to the gay and transgender community.

There is no simple solution to this problem. Businesses and corporate leaders are being pulled in multiple directions: protecting their bottom line, advancing values that directly impact consumers, investors, and employees, and standing up for social fairness and equity. Whichever they choose, there will be backlash. The key challenge for brands is to take a more comprehensive approach to political spending. They should be asking themselves not just which politicians will vote for business-friendly policies, but also which politicians are actively disenfranchising the gay and transgender community. While navigating this new terrain will take time and prove challenging, in the meantime brands can leverage their enormous global and financial influence to nudge politicians toward values that align with company statements and standards. Rep. Jayapal issued a call to action – don’t just change your logo, pressure Congress to pass the Equality Act. With a consumer base that increasingly values brand activism, political spending will continue to be heavily scrutinized and companies should be prepared to discuss who they are funding and why.