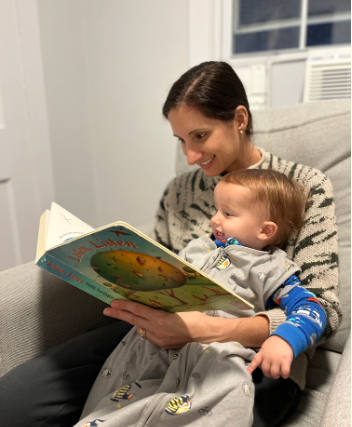 Caryn reading to her son Julian

As the mom of a toddler, I spend a lot of time reading children’s books. But that doesn’t mean I’m not learning. Eighteen months into reading to my kiddo each night, I’ve observed that material meant for little humans can teach us adults just as much – if not more – about the art of communications. Here are my top six takeaways from the children’s book genre: