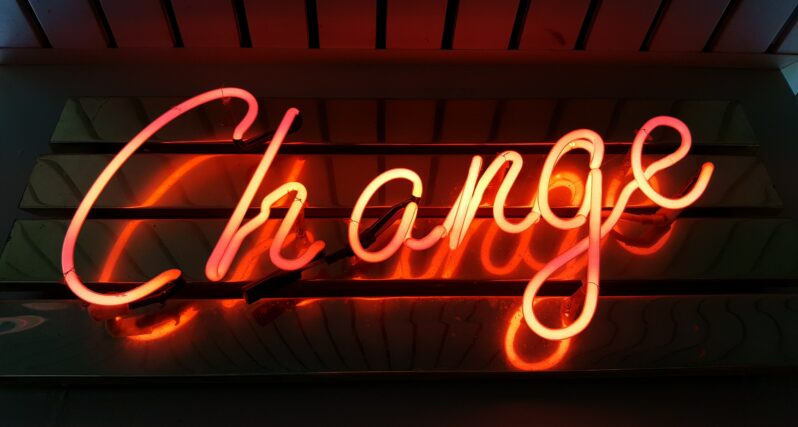 As the Trump presidency dramatically intensified political polarization in the U.S., corporate activism became nearly a must-do. Many companies that had never taken a political stance before decided to speak out against extreme policies and in support of movements for racial justice and equity.

During the 2020 presidential election, we suggested what the future of corporate activism might look like. If Trump was voted out, would things return to business as usual, where corporate activism was no longer expected at scale? Could companies once again position themselves above the political fray? Or would growing expectations sustain for businesses to not only take a stance, but to act? Would our society’s polarization problem persist and pull businesses into the issues of the day? As anticipated, early signs show the latter is true. In 2020, companies made big promises on political and social issues. In 2021, companies are increasingly expected to follow through on those promises. In just four months we’ve seen that play out across business sectors and political issues such as voting and transgender rights issues, just to name a few. Businesses should embrace this responsibility, recognize the power in it, and get ahead of it by making tangible changes to their business practices and priorities.

In his annual note to shareholders, CEO of JPMorgan Chase Jamie Dimon wrote that corporate responsibility is far more than just philanthropy, it’s about taking “an active role in large-scale public policy issues.” Interestingly, a Morning Consult survey from March 2021 suggested that sentiments around corporate and CEO activism have actually weakened since last year, with fewer people believing that companies should have a point of view on social and political issues. But debate and policy over voting rights in Georgia (which came to the forefront after the 2021 Morning Consult survey data was collected) strongly suggests that consumers still want corporations and leaders to enter these debates. Corporations are some of the most impactful players in society, with unique controls to affect the outcome of social issues. For most the twenty first century, many companies have been able to get away with having a clear disconnect between the statements they make and the actions they take. But now, consumers are expecting more than words – they’re expecting strong action as a baseline requirement for engagement.

Let’s view Georgia as a microcosm of the U.S. In the case of Georgia’s new voting law, major Atlanta-based companies like Delta and Coca-Cola tried (naïvely) to toe the line in the beginning. They made generalizedstatements supporting voting rights without mentioning the bill. It was little more than lip service, but the public wasn’t fooled. Instead of satisfying those impacted by the bill and their supporters, the vague language without action sparked outrage. Activists were quick to point out the disconnect between the companies’ statements last spring in the wake of George Floyd’s death and their non-action now, when the rights of Black voters were at risk. Protestors congregated at the Delta terminal and the Coca-Cola museum calling for boycotts.

Finally, after a group of Black executives called for action with an ad in a New York Times, Delta CEO Ed Bastian sent a memo to employees disavowing the bill. Coca-Cola CEO James Quincey followed a few hours later.

This case study says a lot about the current environment and should be a teaching moment for corporations on how (and how not) to react to political issues in 2021. Delta and Coca-Cola both eventually got to where they needed to be, but they made mistakes along the way. By tiptoeing around the situation at the start, they weakened their position with consumers.

One early winner in all this? Major League Baseball who “demonstrated their values” by moving the All-Star game out of Atlanta with a single statement that generated tons of headlines.

This kind of deep corporate activism comes at a price. Republican lawmakers have made statements of their own. Senate Minority Leader Mitch McConnell warned businesses that they would face “serious consequences” if they continue attempts of “economic blackmail” to influence voting laws.

This backlash could give some corporations pause, but it appears the business community won’t be backing down. With similar restrictive voting laws expected to be debated in more than 40 states in the months ahead, companies across the country and across every industry are preparing for this fight to come to them and should expect consumers to pay attention.  These corporations will be expected to take a side, whether they want to or not. Already, we see several corporate leaders heeding the lessons from Georgia. Most recently, 90 business leaders including James Murdoch, Ken Chenault, Ken Frazier, Chip Bergh, and Reid Hoffman among others held a summit and announced that their businesses would “re-evaluate donations to candidates supporting bills that restrict voting rights and many would reconsider investments in states which act upon such proposals.” In Texas, local corporations American Airlines and Dell have already come out opposing voting legislation in the state.

Any companies that spoke out last Spring in the wake of George Floyd’s murder – Panera Bread in Missouri, Ford and GM in Michigan, Kohl’s in Wisconsin, PetSmart in Arizona, among others – should be prepared to address restrictive voting bills circulating in their own state legislatures head on. The entire business community should start thinking about their positions on this issue and should plan to come out with a collective strength, hold their position firm, and consider concrete actions they can take to prove their convictions. With that approach, businesses can make a real difference.

Voting rights is just one issue of many that are bound to raise the ire of consumers and activists, and businesses would be smart to prepare and strategize for these scenarios, consider the impact they are able to make, and assess what risks they are willing to take on. A similar situation is cropping up with anti-transgender legislation banning transgender women from participating in female sports, but this time, lawmakers are anticipating the backlash from businesses and treading lightly.

After North Carolina’s 2016 “bathroom bill” was estimated to cost the state $3.76 billion in revenue before it was rolled back, state lawmakers have seen the economic risk of such bills, and many have been weary to pursue them. South Dakota Gov. Kristi Noem (R) recently vetoed the bill in her state over concerns of revenue loss, despite previously expressing support for the bill. North Dakota Gov. Doug Burgum (R) vetoed a similar bill. Kansas Gov. Laura Kelly (D) blocked a similar bill in her state, saying that in addition to the devastating message it would send to transgender children and their families, “the bill would undoubtedly harm our ability to attract and retain businesses.”  Meanwhile, states like West Virginia and Alabama have passed similar bills, and leaders like Florida Gov. Ron DeSantis (R) and Iowa Gov. Kim Reynolds (R) have signaled they will sign in their states. With lawmakers in more than 20 states introducing similar bills, this is another example of not only the need for business to prepare, but of the power that money and influence can wield in protecting civil rights when the business community stands together and applies significant pressure. One organization leading the pack on this issue, which would have a significant impact in these southern and midwestern states, is the NCAA, which has said it will “continue to closely monitor these situations to determine whether NCAA championships can be conducted in ways that are welcoming and respectful of all participants.”

Many similar issues will take shape in the next few years. Companies will be expected to take real action in support of the AAPI community. One great example of this – Yelp recently launched a new feature to help identify and support Asian-owned small businesses. On the donation front, Coca-Cola pledged $2 million to groups advancing AAPI justice. Less powerful, Starbucks posted a statement “standing with the community” but has yet to follow up with action.

Equity and abuse across international supply chains is another issue sitting just below the surface for many brands and that some are getting out ahead of. H&M, Nike and others recently announced they will stop buying cotton from China’s Xinjiang region due to human rights violations against the local Muslim Uyghur minority group. Companies should be prepared to evaluate and audit their supply chains and consider changes based on findings. Obviously, these issues are complex, and every company faces a unique situation as it seeks to optimize their business model. But it’s also time to recognize that in an endless pursuit to maximize every dollar, companies may inadvertently place themselves on a different side of social issues than their consumers. It’s worth noting that taking a short-term loss has the serious potential to pay off with longer term consumer trust and dedication. Of course, no corporate action will satisfy all sides of the debate; H&M in particular suffered serious blowback from leaders and consumers in China.

These are just a small handful of examples, and with so many issues, it will be another challenge for companies to decide which problems to take on and which to leave aside. Companies will need to thoughtfully prioritize based on their organization’s values, industry, position, impact on the world, and geography. Once those decisions are made and stances are carved out, companies should be prepared to change internal policies, stop working with partners, halt capital investments in states and even make potential enemies in government and industry to back up their position and prove to consumers that they mean what they say.

Corporations may find themselves deciding what is worth more: consumer trust or short-term financial gain. We’ve already seen in 2021 that when the business community stands up together and takes real action, they have the potential be a powerful force and champion for human and civil rights.